The University of Michigan has a prestigious reputation.  The fact that Michigan is known for its top ranked academics and athletics puts the university under an immense amount of pressure.  Michigan claims to be the “Best of the West” in their fight song, setting the school’s standards extremely high.  The relentless pressure that is put on the university affects not only the students but the administration as well.  Michigan’s athletic director, Dave Brandon, was recently forced to resign from his position.  In chapter 13 of the Leviathan, by Thomas Hobbes, states, “…from this diffidence of one another, there is no way for any man to secure himself, so reasonable, as anticipation; that is, by force, or wiles, to master the persons of all men he can, so long, till he sees no other power great enough to endanger him” (Hobbes 2). This quote shows that Dave Brandon took this job knowing how difficult it would be and that his job was at stake everyday. Hobbes expresses that no security is possible and life is full of horror. The athletic director position at the University of Michigan is incomparable to any other and Dave Brandon understood that when he took the job; he knew how difficult the job was and what was at stake every single day.  The Michigan department program has been known for its competitiveness and high expectations.  Although Dave Brandon lost his position because of critics who complained that as the Michigan athletic director he did not uphold the expectations of the program, as a student athlete, I can vouch for Dave Brandon, by saying that he bettered this University every single day that he stepped into office.

The student body has ridiculed Dave Brandon because of his business decisions to raise ticket prices and expand and renovate the athletic facilities around south campus.  It is unfortunate that the opinion of Dave Brandon is so negative with the student population, but the athletes have had the chance to meet Mr. Brandon and have experienced the positive changes he has made for the athlete population. The student body had such a negative outlook on Dave Brandon that they took great lengths to attempt to get him fired.  A few actions they took was having a rally in the Diag and creating an online petition calling for his job.

Students in the Diag rallying to fire Dave Brandon.

The problem is that many people that signed the petition without knowing all details. One main issue with the petition was that some people who signed it without attempting to look for all the facts and searching for Mr. Brandon’s and the athletes’ side of the story.  One huge example is that Dave Brandon cares deeply about each student athlete on the Michigan campus.  As part of the first women’s lacrosse team here at Michigan, I can vouch that without Dave Brandon the men’s and women’s lacrosse programs would not exist at Michigan.  He not only fought for the creation of our program, but has also raised millions of dollars to provide our teams, as well as all the smaller teams in the athletic department, the best facilities in the NCAA. These facilities will be placed on South Campus and are priced at 200 million dollars.  Dave Brandon has not only promised but has guaranteed his athletes the best, and has risen above all standards as our athletic director.  He works around the clock to make sure that the athletes at Michigan are taken care of and satisfied to be at this university. He makes sure to ask us personal questions about how things are going in order to see if he can help in any way possible. He takes time out of his day to be at all of our games. He even flew to the first women’s lacrosse game at Villanova to watch in person, as the lacrosse team made history. He is not just a businessman; he is personable and caring for each individual athlete on campus. Dave Brandon has guaranteed that all 935 student athletes at Michigan are satisfied with their lifestyles and if you ask me, that is the most important and most difficult job an athletic director can have, and he was successful.

Dave Brandon is a true Michigan man.  He dedicated his work to bettering the athletic programs here at the University of Michigan.  He is an incredible leader and it is OUR loss to have him resign.  Unfortunately, the decline of the football team’s success over the passed few years had to be blamed on someone and the outrage of Michigan’s fan base, alumni and student body caused people to revolt against Dave Brandon.  The pressure on Michigan’s athletic department put Dave Brandon under a magnifying glass and the world was waiting for him to do something wrong. As we can see throughout our history: if something goes wrong, society will find someone to blame.  Dave Brandon is human, he is not perfect, and it was not right for us to put that immense amount of pressure on him, to set him up to fail. Dave Brandon had to step down; the job had become an endangerment to his livelihood. Any respectable person would understand why he would resign. The announcement of Dave Brandon’s resign was a shock and a terrible reality to everyone in the athletic department. The fact that the student body and many other fans turned against the football team and Dave Brandon is something that student athletes cannot believe happened. Dave Brandon will forever be missed by his student athletes.

In today’s society, hierarchies are present all around us. Whether it be the hierarchy of individuals in our society as a whole, or even just the social ladder in one’s high school, we see that different social statuses exist. While some people are content with their placement on the social ladder, others will do whatever they can to climb it, or take it down entirely. 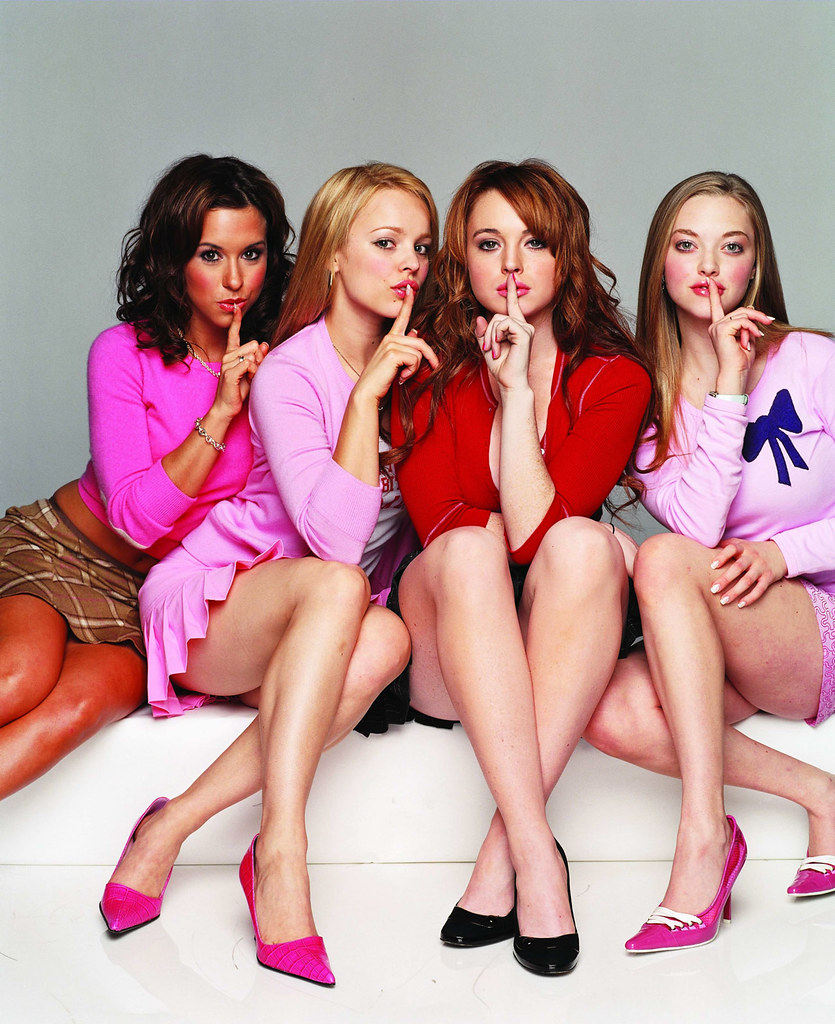 What’s the first movie that comes to your mind when you think about high school hierarchies? Personally, my mind always goes straight to Mean Girls. In the movie, the clique of mean girls known as the “plastics” claim their spot at the top of the social food chain and are essentially the royals of their high school. When the new girl Cady first arrives at school, they surprisingly take her into their exclusive group. Naïve to their claws at first, she happily joins them as the newest member of the plastics. Before long, however, she uncovers their “Burn Book,” which includes gossip and nasty comments about all the girls in the school, and decides that it is time to take down the Queen B: Regina George. So, Cady devises a plan and begins giving Regina caltine bars that intentionally make her gain weight, and attempts to cut off her relationships with the other plastics. In a sense, Cady is starting a revolution against Regina George. END_OF_DOCUMENT_TOKEN_TO_BE_REPLACED

Somewhat mimicking reality, the movie Mean Girls exhibits what high school social life was like…or rather how we all saw it. One of the biggest things I heard about college was that cliques didn’t exist – there was no social hierarchy. High school, however, was another thing. While my high school was a rather large public school, 2000 students, we all still seemed to know everyone, and most importantly, where everyone belonged. While my experience wasn’t quite as strict and cruel as what was depicted in the movie, connections can most definitely be made.