A Symbol Of Communism [1] (wikimedia)

To truly analyze an idea or opinion, one needs to step out of their own perspective and look at everything impartially. Unfortunately, the world’s history is never written analytically. As Winston Churchill once said, “History is written by the victors.” His words hold true throughout history, and as a result, most of history needs to be reanalyzed to be thoroughly understood. One major example of this is the way that we, as Americans, perceive the idea communism. Most of us have read about or experienced World War II, Vietnam war, the cold war, or the Cuban missile crisis that causes us to naturally feel an aversion to the idea of communism in general. However, this aversion may be misplaced; communism in its simplest form is actually meant to promote equality. END_OF_DOCUMENT_TOKEN_TO_BE_REPLACED

Performance enhancing drugs have been a problem in professional sports for decades. But perhaps no sport has suffered more from PEDs than cycling. Most notably, Lance Armstrong, who served as the face of professional cycling for many years, was found to have used PEDs and was stripped of his 7 Tour de France wins. But Armstrong was not alone. Over the past several years, dozens of cyclists have been disqualified from races. In a sport where PEDs are used with such regularity, we have to question why they are even banned in the first place. I mean, why prevent athletes from performing their best? In his book Leviathan, philosopher Thomas Hobbes defines the laws of nature. He argues that for life to be most comfortable, we must form agreements with groups of people in which we forfeit some of our individual rights for the benefit of the group as a whole. This idea of forfeiting rights as a group resonates with the rules of sports, especially with PEDs and cycling.

In cycling, the participants have agreed to not use PEDs to enhance their performance, because this helps the sport of cycling as well as all of the participants. Many of the most common performance enhancing drugs in professional sports have extremely negative side-effects and can greatly shorten one’s life. So, as a group, cyclists have decided to ban the use of these drugs for the common good. This agreement, which Hobbes calls a covenant, is vital for humans to survive in nature. However, these agreements can be very problematic when some decide to break the covenant for personal benefit, which is exactly what has happened in professional cycling.

Lance Armstrong, after finally admitting to doping for a number of years, was stripped of all of his Tour de France medals as well as banned from professional cycling for life. Lance was one of the first participants to break the covenant of cycling by using these illegal drugs. Because he was so popular in the world of sports, as well as his history with cancer and his LIVESTRONG Foundation, he was able to avoid being caught for so many years. But his actions involving PEDs did not only affect his career, but also the sport of cycling as a whole.

Lance wasn’t the only one doping during these years. In fact, because so many of the medaling cyclists during this time had been linked to doping, no winner has been awarded for the Tour de France from 1999 to 2005. Lance’s actions changed cycling, because once one cyclist uses these drugs, it is no longer in each individual’s interest to not use them. Hobbes suggests that these covenants are in place to protect the greater good, and they are. But in the case of cycling, all it took was a couple cyclists to abuse these rules for their own benefit to change the dynamic of the sport. Hobbes argues that no one man can survive without a covenant, because the world is harsh, and we need others we can trust to survive. While at first it seems like Armstrong was able to thrive by breaking his covenant with cycling, in the end, Hobbes’ law of nature held true. He was eventually punished for his actions, and his career as a cyclist is forever tainted.

The first toy I ever played with was a Barbie doll. It wasn’t that I was forced to; I genuinely wanted a Barbie. My older cousin played with Barbie’s so it seemed like the cool, girly thing to do. I wore dresses, played with makeup, and participated in every stereotypically girly activity, much to my mother’s chagrin. She wanted me to develop my own ideas/feelings and felt that I was succumbing to the societal pressures to fulfill gender roles. 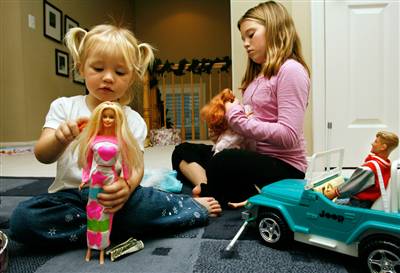 While I couldn’t understand at the time why that was such a bad thing, now that I am older and have gained perspective I can see why these gender norms are so detrimental to society as a whole. Despite the fact that we’ve progressed far enough in America that women should have conceivably as many rights as a man, we still have unfortunately continued to keep many gender norms that have been nearly impossible for many to breakthrough. Recently, in class we were asked to list some of these expected roles such as boys liking blue and girls liking pink in addition to the idea that women are expected not to propose. It reminded me just how much we accept these without any reasoning.

After reading Castor Semenya’s story in class, I was yet again reminded of the unwillingness of many individuals to not accept people with any difference. Women are supposed to be small and feminine while men are expected to be strong and masculine. It is easy to see how there could be a bias among athletes. The fact that Semenya was attacked for not fitting that mold is indicative of it. The trauma that she suffers after finding out that she is intersex is just an example of how our societal gender norms can harm a person’s wellbeing. This article depressed me for many reasons: one being that Semenya’s incredible athletic ability was overshadowed by this controversy over her actual sex, and two was that we still haven’t made it to a point even in athletics where people can be accepted.

Yet, perhaps despite this we are still progressing to a point where these differences no longer matter as much.

It made me also think back on a recent change Facebook made to their settings. While previously a user was required to be either male or female, they now have a range of 50 extra ones to choose from. This is great news for the lgbtq community; Facebook reaches millions of people from all over the world and it is reflective on the importance of people who identify as something differing from the norm.

It does raise questions, though. Where is the line drawn? Do we just allow everyone to decide what they are or do we choose specific classifications? I don’t think there is an easy answer. Clearly there isn’t one.

I think that while it may take a while, change is occurring. People are beginning to realize that we all have our differences and responding to that. It’s important though that we start from childhood, teaching kids to be accepting of others and choose how they want to define themselves. It’s fine if little girls want to play with Barbies, but it’s important that they are because they want to, not because they think they are supposed to.

One of the world’s most popular game genres is known as “Role Playing Games” (RPGs). In RPGs, the player chooses a character (sometimes known as an avatar) that they wield control over. Once the rules and guidelines for success are laid out, the player is responsible for making decisions that will further develop his/her character. Some say that the popularity of this genre of game stems from the autonomy and freedom that players experience when playing in the world of the game. Of the myriad of RPGs, one that has gained a high level of acclaim is known as “Maplestory”. Maplestory is a free online role playing game developed by Nexon a South Korean company. It was released May 11th, 2005 and it is recognized as one of the most successful 2-dimensional RPGs of our time. The game is known for its cute animations, riveting backgrounds and trademark soundtracks. The point of the game is to defeat monsters, cultivate a specialized fighter, complete quests and outrank your competitors (fellow players). However, the game has been criticized in recent years due to one primary reason: the fundamental challenge(s) of the game have been eliminated.