(Property of the New England Patriots)

In his best known work, On Liberty, John Stuart Mill outlined his views on the concepts of liberty and freedom of speech, among other major issues. While Mill was against censorship, he only promoted the liberty of the individual to a point. He believed that people should be able to do as they wish unless they harm others. In the case of government, Mill only advocated intervention when it was needed for the protection of society.

Recently, the NFL has had numerous disciplinary problems with high profile players. Scandals involving Ray Rice of the Ravens, Richie Incognito of the Dolphins, and other athletes have been the subject of extensive news coverage. The newest issue involves former Steelers running back LeGarrette Blount, who was released by the team on Tuesday. Blount was dropped by the Steelers after he left the field early last Sunday, protesting his lack of carries in the game.

Blount has had disciplinary issues in the past, and his pouting during the Steelers-Titans game can be seen as the most tame incident to date. In this case, Mill would have said that LeGarrette Blount was well within his right to walk off the field, as his form of protest and expression of his opinion did no harm. Unfortunately, the previous incidents he has been involved in would definitely have caused the philosopher to call for his removal from the sport, and I would have to agree.

Blount in his first season with the Pats (via Wikimedia)

In 2009, when playing for the University of Oregon, Blount was suspended for punching one of his opponents before going and confronting a group of fans. After entering the NFL, he had another problem in which he punched a teammate in his first season with the Tennessee Titans. He has clearly been a major issue and a threat to the safety of other players, yet he continues to play in the NFL even after being released by multiple teams. The Patriots have now signed Blount to another contract, starting his second stint with the team.

In the wake of the Ray Rice incident, the NFL vowed to take a much harder stance on domestic violence, but they clearly care little for violence towards members of their own league. As a government of sorts over the sport of football, it is their job to protect these players, and that is simply not being done. Players like LeGarrette Blount have far outstretched the right to individual liberty and free speech by assaulting other players and even putting fans in danger.

Mill wrote; “the only purpose for which power can be rightfully exercised over any member of a civilized community, against his will, is to prevent harm to others.” Going by this philosophy, the only time the NFL would even have the right to intervene and remove a player is in a situation like this one, so it is incredibly surprising that they do not act. After the league has supposedly been making efforts to “clean up,” it appears that the league could still use a lesson or two in Mill’s philosophy (as well as the one they’ve been preaching).

Imagine yourself walking through a minefield, and with every step you take you risk losing your life. While this example is a little dramatic, I’m sure you can picture that familiar nervous feeling of your palms moistening and beads of sweat beginning to form on your forehead. Your breath shortens and your heartbeat picks up as you are about to take some risk or embark on an adventure. END_OF_DOCUMENT_TOKEN_TO_BE_REPLACED

My last blog, War and Hobbes, was about the military and my thoughts on desertion, or leaving one’s post without the intent of returning. One of the last points that I made was that desertion is a cowardly action because soldiers are in the military voluntarily meaning that they understood the implications and consequences of their decision. So once death became a possibility and they decided to bail out they were breaking the rules of their contract. A similar situation is happening in American football today concerning whether or not players understand what they’re getting into when the strap on the helmet.  I am going to prove that a similar anomaly of contract breaking is occurring in the NFL currently as it does in the military.

In order to understand the similarities, one must understand contracts. In my Political Science 101 class, we read Hobbes’ Leviathan. In his book, Hobbes defines contracts and specifically how there must be motivations in place that make it beneficial for both parties to follow through on their end of the deal.  In other words the punishment for not holding up your end has to be pretty bad.

Marc Tracy, in his 2013 article, discusses the recent rule changes in the NFL toward a safer style of play. Ball carriers are no longer allowed to lower their helmets into oncoming tacklers, kick offs now take place five yards further downfield to create more touchbacks, and there are more strict rules on how defenders can hit “defenseless” receivers. The reason for the change in rules is not discussed in the article but it is main reason I believe is public opinion and ultimately money.

The NFL settled a lawsuit by former NFL players by agreeing to pay close to $800 million to former players and on concussion diagnose and awareness. The former players claimed that the NFL purposely didn’t inform them about concussion research and the long term impacts which include memory loss, headaches, and possibly dementia.

The point that I am making is that now in professional football the players are educated about the effects of brain injuries yet we still have changes to the rules. We are seeing a shift from traditional, hard nose, black and blue football to a softer more offensively minded league, the purpose of which is to prevent future lawsuits. The players signed up to play a violent game knowingly, but now that game has become less violent.  Like soldiers, they are willingly a giving themselves up to injury or at least they were. And when a soldier leaves and decides he does not want to risk the possibility of death the consequences are severe. But In football today there are no consequences of not risking injury (of course football has not yet gotten to the point of zero injury, yet progress is continually being made towards that point).

In the military when you walk off to avoid death, there is no doubt that you are explicitly breaking your contract.  But a football player has no control over the rules, so can he break his contract if he doesn’t have control?  I believe what we are seeing is an anomaly of the Hobbesian contract.  In a Hobbesian contract whenever one side of a deal isn’t held up for whatever reason there has to be some downside for each side.  But players are now safer and the NFL is making more money than ever.  This gap in Hobbesian philosophy is because of public opinion- the public is rewarding the NFL for forcing its players to be safer because that is what it wants to see.

My thoughts then wandered to how Hobbes would feel about this? Would the NFL’s contract truly be a Hobbesian contract or would it still be considered something else? I feel that Hobbes would agree that the NFL player’s contracts fit under the realm of Hobbesian because they still have motivations in place that force them to play.  First of all, injury is still a very real possibility and the only way of mitigating injury, even with today’s rules, is to simply not play.  But if a player chooses to sit out he will not only lose his salary for that game but he will most likely be fined.  He will then probably lose his job.  So yes, although injuries are less frequent, players still must put themselves at risk similar to soldiers in the military.  And like soldiers, if they decide not to participate then the punishment is swift and harsh.

Growing up in the Detroit area, I have had the privilege of watching one of the greatest hockey teams in the NHL.  The Detroit Red Wings are a part of the original six, have won eleven Stanley Cups, and hold the longest post season streak in professional sports at 23.  Throughout my life, I have grown to be a passionate hockey fan, and even more so a Red Wings fan. 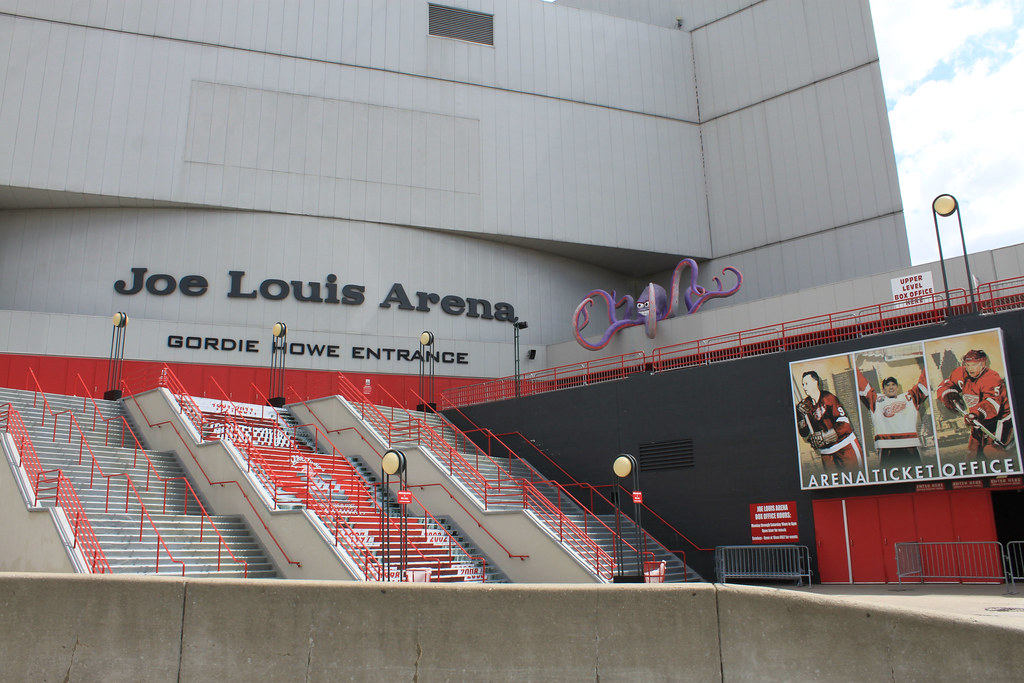 So far this year, I have been to several Red Wings games, as well as a few Michigan hockey games.  After experiencing the atmosphere and game play at both Yost Arena and the Joe Louis Arena, I have noticed many differences and similarities between the two teams.  I can feel the passion and dedication the players have for the sport in both teams.  Both crowds are into the game, yelling chants and cheering for their team.  The Wings have a larger crowd, but the Wolverines have a much rowdier crowd.  All in all, I experienced a love for hockey and a desire to win in both arenas.  On the surface, I saw no difference between the amateurs and the professionals.

END_OF_DOCUMENT_TOKEN_TO_BE_REPLACED

Wingsuit BASE jumping has become a popular sport over the years

Some years ago, when I was just a high school youngin’, my family gathered around my dinner table for Sunday dinner. We always keep the TV on to watch the finish of the late football game, and after it always comes “60 Minutes”. Something on “60 Minutes” that night captured my attention, and it was the image of a man climbing cliffs with no ropes or harnesses attached. After watching the video about free soloing from the past week, I thought “I’ve seen this before”, so I looked up the man in the video and it was the same man from 60 Minutes, Alex Honnold.

As you may assume, this feat was even more crazy the second time. The strength, precision, and endurance it takes to do what this man does is incredible. In Caesar’s “It’s More Like a Suicide Than a Sport”, he describes yet another incredibly dangerous maneuver, wingsuit base jumping. This article goes into detail about the death of Herve Le Gallou, a famous basejumper who passed away after a dangerous jump lead to a fatal crash. So you’re probably thinking one thing, these guys must be crazy right?