The Berlin Wall (via WikiMedia)

This past month marked the 25th anniversary of the fall of the Berlin Wall. Since construction began in 1961, the Berlin Wall has stood as a symbol for oppression and division. The wall originally divided the Capitalist occupied West Berlin from the Communist occupied East Berlin. The two sides had been divided by the allies t the end of the Second World War. Each side saw the other as the enemy, and the armed guards and security checkpoints lining the wall were a constant reminder of the tensions of the Cold War. Many tried to escape over the wall during its 28 years dividing Berlin, causing hundreds of deaths and injuries. The wall finally fell in 1989, as Germans on both sides chipped their way through and celebrated. This proved to be the beginning of the end for the Soviet Union, one of the last true Communist states.

Building the Wall (via WikiMedia)

While the wall came down 25 years ago, there is still a sense of separation in Berlin. The new unified German government had big plans for the city, but these never quite came into fruition. The city lost population, and lost much of its identity as the wall was destroyed. The hatred of Communism in the West led to the destruction of much of East Berlin, a scar that has not been erased with time. The two Germanys were distinct and each had their own history and character. The hasty attempts to eradicate Marxism had a much different effect than what was anticipated. Rather than bringing the two Berlins and the two Germanys together, they have been kept markedly separate.

East Germany was forced to accept West German customs, including currency and national traditions, continuing the oppression that they had felt under Communist occupation. While it came from a new source, the feelings of division still existed. Rather than a physical wall, there was an invisible wall erected between the Germans and the rest of the world. Foreign governments once again worried about the power of a unified German state. Unification brought about bigger issues than it solved. Now there was an economic and governmental burden here, as well as a social burden for former East-Berliners who were often treated with reproach.

(via the Associated Press)

Most of the wall has now dissapeared, and rather than serving as a historic warning against the faults of the Cold War, the efforts to push it aside remind many of the problems it symbolized. There are few parts left standing in their original places (like the one pictured on the right), but most have been removed or taken as souvenirs. Berlin has surely changed since the wall came down, and some of the immediate negative effects are no longer as visible, but the city and the country have not been restored to any sort of former glory. The effects of Communism and division are rooted too deep, and the efforts to bury them have not succeeded. 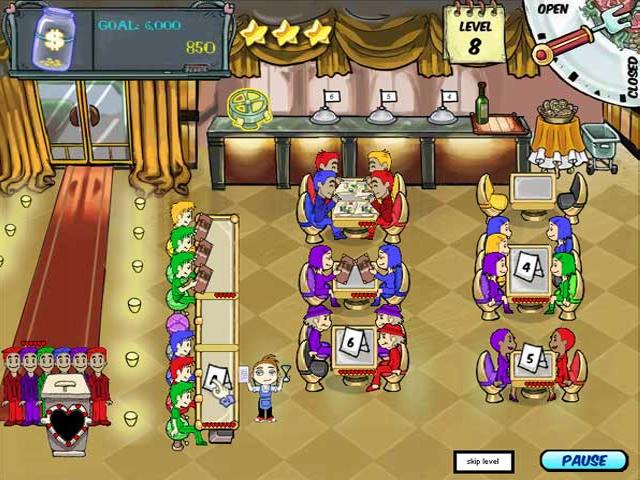 Video games are very popular in today’s society. While they are often blamed for being one of the reasons America’s youth is obese, and causes of violence—there are many positives to video games .

Last semester, I took a class here at the University of Michigan called EDUC 222. This class focused on the educational elements often implemented in games—sometimes without gamers even knowing. At the beginning of the semester, we each had to pick a game to play and study over the course of the semester. I chose a game that appeared rather simple, seeing as I am not a very experienced gamer. END_OF_DOCUMENT_TOKEN_TO_BE_REPLACED

Machiavelli said that ends justify the means. His philosophy referenced princes that are feared rulers that are willing to do violent and dangerous things to secure both peace and power. The Machiavellian prince also appears to be a fantasy whenever it is mentioned in academic dispute. However, is it possible that Machiavellianism not only exists in this modern day and age, but it can also be attributed to the United States of America? Obviously, the USA is a democracy. The people have power in the government to elect representatives who we put our power and trust in. That part of our constitution is fair, however, once you dive into the conflict of foreign affairs, it becomes a much harrier issue.

Replace the Machiavellian prince with the United States of America’s foreign policy officials. Consider the violent things that the prince is wiling to do to secure power the use of Drones, unarmed vehicles of war. Finally, imagine the power and peace that is being secured as stopping terrorists in the Middle East, particularly ISIS. Now, I am not saying that the USA stopping ISIS is bad, in fact, it is right that we are putting in effort to stop a frightful terrorist threat to the country and world, but there is a bit of Machiavellianism in the way that it is carried out. Drones aren’t perfect. They have someone controlling a plane, one that hovers around villages and neighborhoods, terrorizing innocent civilians, miles and miles away, using a video feed that drone operators have admitted to not being clear enough to distinguish civilians from terrorist targets.

Not only that, but the amount of civilian casualties isn’t truthful either. Every male casualty of a drone strike, whether it is a common man living in his house, or a terrorist planning his next attack, is considered a militant. A man carrying a shovel could be shot down, mistaken to be someone carrying a rifle, and that man would still be another hash mark on the long list of “militants” killed by drone strike. Now, once again, it is crucial that ISIS should be stopped, but having the mentality of drones being acceptable, and their mistakes justifying the means of casualties of war is not right. It is making the USA seem like the Machiavellian prince, which ideas we do not incorporate in our government. We should stop using drones in the capacity that we are using them, and instead, use them only when absolutely necessary, because the ends do not justify the means when civilians are killed.

They say there is no “I” in “Team.” While there are in fact sports where competing parties consist of merely one person, such as Tennis or Ice Skating, seldom will you find competitive sports that do not involve a team. Recently, I attended both a University of Michigan field hockey game, and a University of Michigan swim meet. Now, while one of these is very obviously a team sport, the other one appears to be a sport of the individual, such as tennis or figure skating. In field hockey, you have 11 girls on the field all at once, competing with the same goal in mind, and working together as a well-oiled machine to achieve a goal with unity. The scoreboard has no individual names, as the only name reading on the board is “Michigan” and “Maryland.”

However, on the other side there is swimming. The meet that I saw was a tri-meet between the University of Michigan, Indiana University, and University of Texas. The scoreboard, as all swim meets do, shows individual times for each different swimmer for each different heat of each different race. Instead of the unifying name “Michigan” on the scoreboard, I saw names like Paul Powers and Aaron Whitaker, whose affiliation could only be identified by their swimsuits. It didn’t appear that the swim team had the same unifying aspect that the field hockey team did, but in the end, just like any government, the team only does as well as its average citizen does, and on the swim team, each swimmer accumulates points to ultimately achieve victory.

Both of these teams can be seen as an analogy for the different types of government, Conservatism as Burke imagines it, and Liberalism as John Stuart Mill imagines it. On the field hockey team, you have an analogy for a conservative government. There is an established set of laws by the people (players) who follow these rules to better the government (team). If you think of the laws as the strategies that the team uses while playing in an effort to win, then it abides by the law of conservatism.

The swim team, however, is Liberalism, which Mill describes as being very individual. The individual (athlete) can do whatever he wants as long as it does not harm others or the integrity of the government, while the government acts as an overseer, not a ruler. So in swimming, as long as you are not sabotaging your team in your individual races, you have a lot of liberty to swim your races however you want. The name Michigan acts as an overseeing identifier as well, as opposed to an immediate label in swimming, so the swim team abides by the laws of liberalism. In the end, these two teams can be seen as different analogies for types of governments by the way they operate.