Contracts between professional athletes and their respective teams are some of the most lucrative agreements we see in the world today. Players are rewarded for their on-field achievement as well as the hope they provide for future success. These contracts are guaranteed for the duration of the agreement in three of the four major professional sports leagues in our country today, with the exception being the National Football League. In professional football, contracts are not guaranteed, leaving is up to the owner’s discretion whose contracts will be honored and whose will be terminated. This agreement between professional football players and team owners regarding contracts is a situation that closely follows the principles outlined by Thomas Hobbes and has been in the news recently with an inspirational story from the Cincinnati Bengals. END_OF_DOCUMENT_TOKEN_TO_BE_REPLACED

The basketball court of Crisler Center is the magic circle during a Michigan basketball game (from wikimedia.org).

I remember being woken up early Saturday mornings as a kid to prepare for my basketball tournaments. Giving up my precious sleep was unfortunate, but being able to compete and showcase my skills made it more than worth it. The games were always fun and exciting for all involved. It felt like I was in a different world which is governed by new rules, this is also true for college athletes. I attended the Michigan basketball game against Syracuse as well as the Michigan hockey game against Penn State this year. These players compete on one of the highest stages in sports and prepare for these contests every day. Every second of the contests the student-athletes give it their all and fight for the victory. This is the same as my experiences in sports, these players lie in a different realm where putting a puck in the net is scoring a goal. This is because of what is called the magic circle, as proposed by Johan Huizinga in his book Homo Ludens. END_OF_DOCUMENT_TOKEN_TO_BE_REPLACED 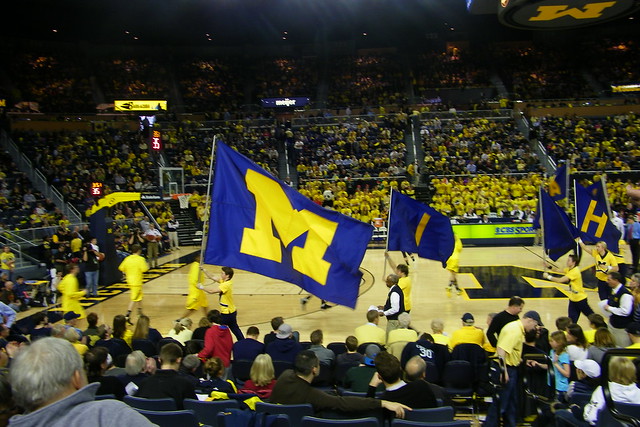 The University of Michigan provides many opportunities for its students and for people around the area to come and watch their varsity athletic teams compete at the highest level.  When choosing schools, I saw this as a huge positive for the University of Michigan and I have taken advantage of these opportunities throughout the semester.  In the past few weeks, I have gone to various football, basketball, and women’s volleyball games.  For the purpose of this blog post, I am going to focus on basketball and women’s volleyball.

One thing that we have been focusing on in Pol Sci 101 is the theory of the philosophers Thomas Hobbes, John Locke, and Jean-Jacques Rousseau.  For the purpose of this blog, we will be focusing on their “ideal worlds”.  To save some time for those of you who are unfamiliar with the topic, Hobbes believes that commonwealths should be run by powerful sovereign who makes the decisions.  Locke believes that the power should be left to the people and that decisions should be made through majority rules.  Rousseau believes that people should live together in unity through contracts made between parties.

Players warm up before the Michigan-Oregon volleyball match in 2013

As I was watching these various sporting events, I began thinking about how these theories could apply to the respective sports.  I decided that in order to have a successful sports team, you must combine the three worlds.

Hobbes says that commonwealths should be run by a powerful sovereign.  In the world of sports, that’s called a coach.  The men’s basketball coach is John Beilein and the women’s volleyball coach is Mark Rosen.  Throughout the game, these coaches make decisions such as which players to player and when and what strategy to use in the game.  They are necessary for the team to thrive and succeed.

Locke says that the power should be left to the people, or in this case, the players and in many ways it is.  While coaches can make decisions that can impact the game, the ultimate result of the game is up to the players.  They have the power to try their best and leave it all out on the court, or they can choose that they aren’t interested and not try.  Often they decide which plays to run in the game, and the decisions they make directly impact the outcome of the game.  Some players that stood out to me were Caris LeVert from men’s basketball and Abby Cole from women’s volleyball.

Rousseau says that there should be contracts between parties.  There are plenty of contracts in sports, even though they might not be in the legal sense.  There must be a contract between players and coaches that says that the players will give 100% even time they are in the game and the coaches will show them respect.  There must be contracts between players so there is trust and mutual respect between players.  Without these contracts, there can’t be team chemistry or trust on the team, which is necessary to be successful.  Some examples of what might be in an “unwritten contract” for a sports team can be found in the actual youth soccer contract.

It was very interesting to me to go to a sporting event, a place where I thought I would forget about all my schoolwork, and be able to apply what I have learned to the event.  It made it both an educational and enjoyable event.  This first semester of college has really changed how I experience things outside of the classroom. 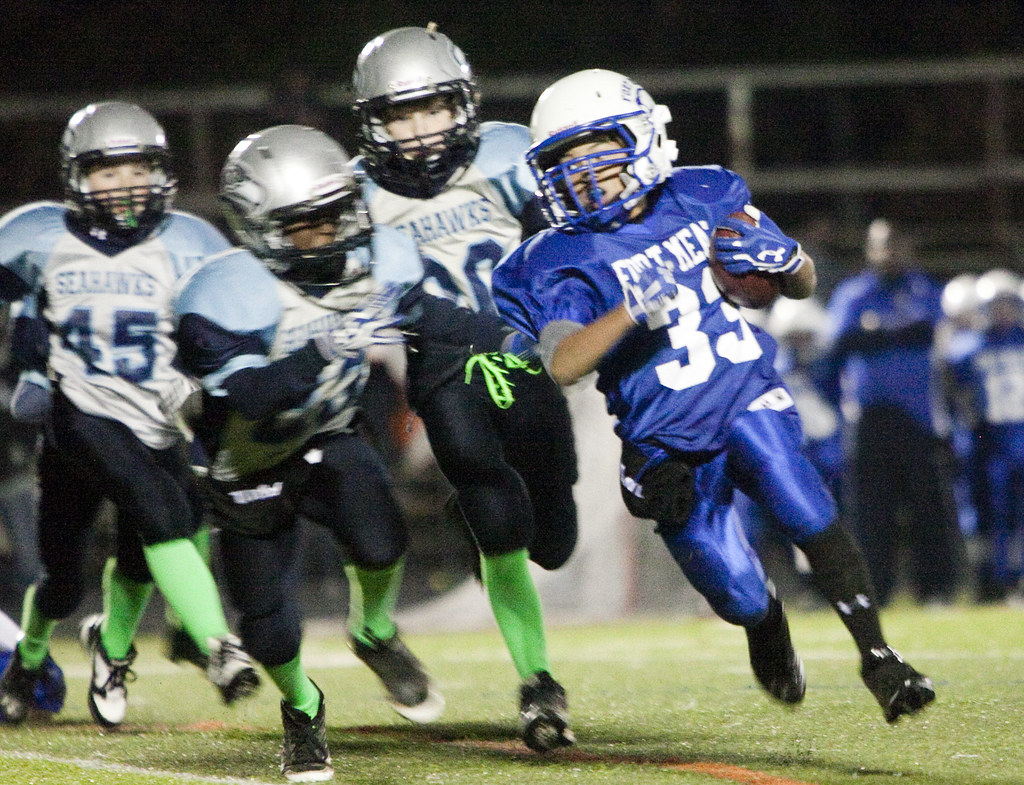 Last week in my PolSci 101 lecture, we talked about sport and competitiveness.   We talked about why we compete and discussed Eric Dunnings “The Dynamics of Modern Sport”.  In a class activity, we concluded that Dunning believed that modern sports are serious and competitive, as opposed to non-serious and fun (see the chart on the left).  This got me thinking about modern sports, specifically youth sports and the growing competitiveness of it. END_OF_DOCUMENT_TOKEN_TO_BE_REPLACED

This past week Target, the retail company, made a huge mistake in Australia. Following a terribly misinformed petition on Change.org by “female survivors of violence” that demanded the popular video game Grand Theft Auto V be taken down from the store’s shelves, Target complied – soon followed by K-Mart. As of right now the petition has a total of 47,350 supporters, a number apparently large enough to force a retailer to remove an award winning and well established video game that has been out for more than a year now from sale. The game (for that is what GTA is, a game) “encourages players to murder women for entertainment.” According to the creators of the petition “the incentive is to commit sexual violence against women, then abuse or kill them to proceed or get ‘health’ points.” While one, you don’t actually gain health by killing a woman in the game, it’s also important to note that by no means are you restricted or given incentive to kill one gender more than the other. In all honesty, after first hearing about the petition I couldn’t help but think it was a joke.

END_OF_DOCUMENT_TOKEN_TO_BE_REPLACED

I was maybe 5 when I realized I was different than the majority of my friends. I had long hair, they had short. When our mommies made the kids look nice for church, I wore a dress, and they got to wear pants. Never mind the fact that I preferred to have my hair short and out of my face or that I would rather have gone naked than wear a skirt. I was different than my friends–who happened to be boys. I was different because I was a girl.  But why was I different? At the time I only realized that I wasn’t the same as them because I got to wear bows; it never crossed my mind that maybe, just maybe I might be “lesser” than them because of my perceived differences.

END_OF_DOCUMENT_TOKEN_TO_BE_REPLACED

Identity was always an issue that I struggled with while living in America. As a Korean-American, I was born in South Korea and came to the United States when I was one year old. I remember growing up in predominantly African-American and Caucasian communities. My unique upbringing allowed me to be immersed in a tossed salad of various cultures at an early age. Although I was blessed with the opportunity to learn and appreciate diversity, I always felt a subtle yearning to want to learn more about my own heritage. Luckily, my parents had always been supportive of giving me opportunities to learn about Korean culture. Around the age of 12, when I had just gotten into middle school, I was given the chance to take Taekwondo classes. Taekwondo is a Korean martial art and sport that teaches self-discipline and self-defense over other things. You must learn how to garner a mentality of respect for yourself and those around you. However, it also teaches you to be direct and straightforward with your intentions. Such principles are seen in the martial art where every kick or punch is firmly pronounced; there must be no hesitation whether or not you strike. Taekwondo is a dynamic Korean sport primarily known for its power kicks (more impact than sweeping momentum) and leg swings.