Contracts between professional athletes and their respective teams are some of the most lucrative agreements we see in the world today. Players are rewarded for their on-field achievement as well as the hope they provide for future success. These contracts are guaranteed for the duration of the agreement in three of the four major professional sports leagues in our country today, with the exception being the National Football League. In professional football, contracts are not guaranteed, leaving is up to the owner’s discretion whose contracts will be honored and whose will be terminated. This agreement between professional football players and team owners regarding contracts is a situation that closely follows the principles outlined by Thomas Hobbes and has been in the news recently with an inspirational story from the Cincinnati Bengals. END_OF_DOCUMENT_TOKEN_TO_BE_REPLACED

With the immense popularity of professional sports today, it is no surprise that some athletes use their platform to make statements regarding social and political issues. These statements are oftentimes the issues that impact these athletes the most, from civil rights to political causes, and much more. Athletes are hoping to mitigate problems, and with their high-profile status, they can bring much attention to many issues. Two very similar, notable issues involving 1968 Olympic medal winners and the very recent incident involving St. Louis Rams football players are classic examples of players protesting using the beliefs taught by Dr. Martin Luther King Jr. END_OF_DOCUMENT_TOKEN_TO_BE_REPLACED 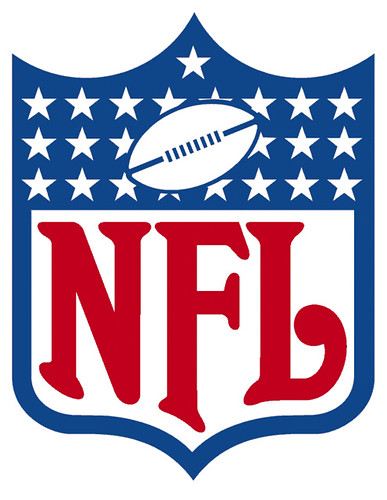 Marc Tracy wrote the article, “NFL Rules Changes: When Is Football No Longer Football?” on August 2, 2013 for the New Republic. Tracy focused on the new rules adopted by the Competition Committee of the NFL in 2013. In order for football to be safer for players, the committee discontinued kick-offs at the Pro-Bowl, the tuck rule, and players lowering their helmet. END_OF_DOCUMENT_TOKEN_TO_BE_REPLACED

One of the world’s most popular game genres is known as “Role Playing Games” (RPGs). In RPGs, the player chooses a character (sometimes known as an avatar) that they wield control over. Once the rules and guidelines for success are laid out, the player is responsible for making decisions that will further develop his/her character. Some say that the popularity of this genre of game stems from the autonomy and freedom that players experience when playing in the world of the game. Of the myriad of RPGs, one that has gained a high level of acclaim is known as “Maplestory”. Maplestory is a free online role playing game developed by Nexon a South Korean company. It was released May 11th, 2005 and it is recognized as one of the most successful 2-dimensional RPGs of our time. The game is known for its cute animations, riveting backgrounds and trademark soundtracks. The point of the game is to defeat monsters, cultivate a specialized fighter, complete quests and outrank your competitors (fellow players). However, the game has been criticized in recent years due to one primary reason: the fundamental challenge(s) of the game have been eliminated.

END_OF_DOCUMENT_TOKEN_TO_BE_REPLACED

In light of Marcus Lattimore deciding to retire from the National Football League, I wanted to go all the way back to “Dispatches From the NCAA’s Deathbed” by Charles P. Pierce about the Ed O’Bannon trial. O’Bannon v. NCAA is an antitrust class action lawsuit against the National Collegiate Athletic Association. Ed O’Bannon, a former basketball player at the University of California Los Angeles, filled this case to fight for financial compensation for someone’s image.

END_OF_DOCUMENT_TOKEN_TO_BE_REPLACED

The National Football League logo, commonly referred to as The Shield.

The National Football League is a billion-dollar empire that continuously ranks as the most popular sport in the country. People have religiously devoted themselves to their team’s performance every Sunday, which has resulted in huge profits and significant expansion in recent years. Much of this popularity and success is do to the on-field performance of the players, but a significant portion of the success can be attributed to the relationship between the league and the player’s union. Although they accomplish much, the struggle for power and control over the vast empire of the National Football League is not always peaceful and frequently shows similarities to violence that is detailed by Thucydides thousands of years ago.